At the age of 10, Thomas transferred from his home club TSV Pähl to FC Bayern München. He quickly rose through the youth team ranks and joined the first team in 2009. His biggest dream became reality. Under head coach Louis van Gaal, Müller quickly became a starter and repaid the faith shown in him by his coach with his performances. Thomas is an integral part of the team and extended his contract with the German record champs until 2021.

Thomas’ star continued to rise with the German National Team at the FIFA World Cup 2010. After only two international caps, coming on as a substitute, Thomas returned from South Africa as the top goal scorer, the best young player in the tournament and a third-place finish for Germany. The Bavarian earned the World Champions title four years later in Brazil, where he scored five more goals and earned the second best player of the tournament. 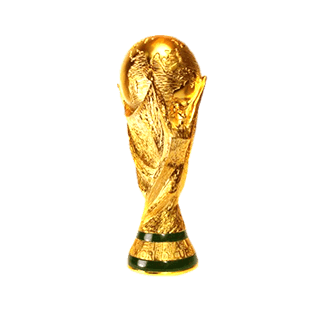 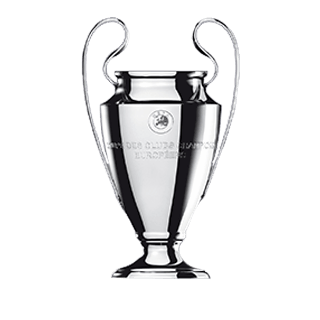 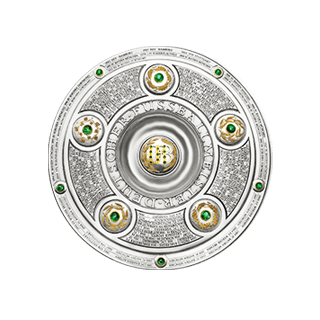 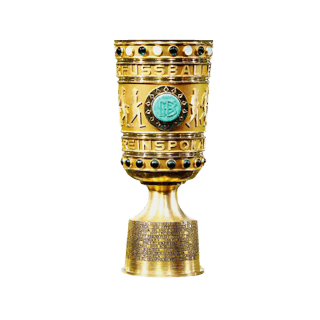 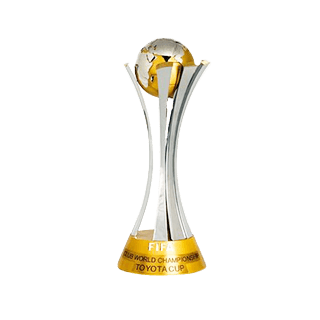 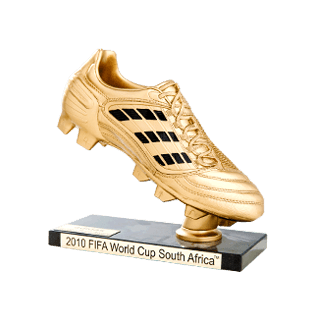 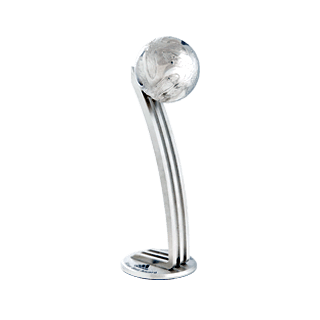 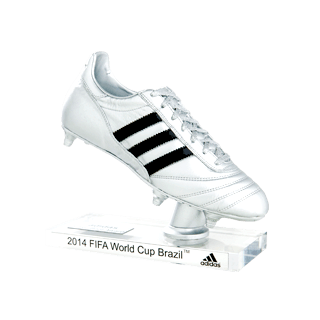 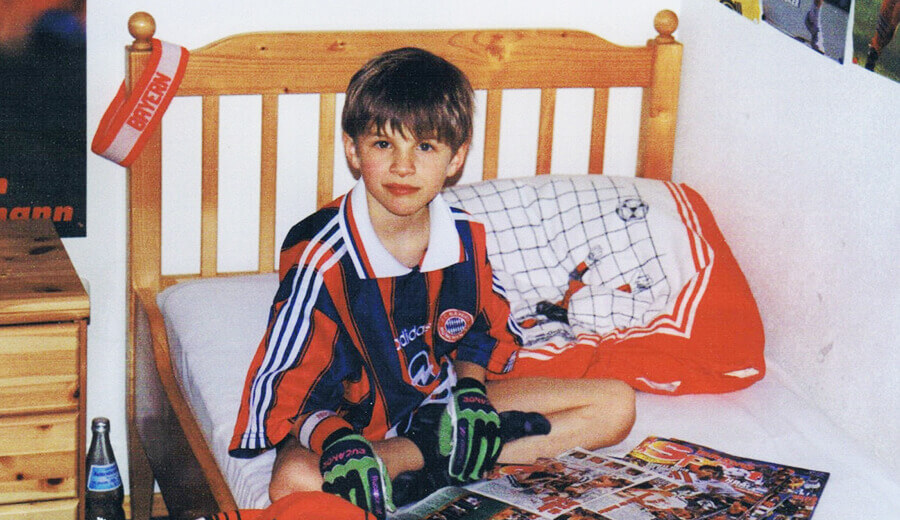 As a child, Thomas Müller slept in bed sheets of his beloved FC Bayern München. His dreams came true in 2000 when he arrived at the club’s headquarters on Säbener Strasse and since then has tied his laces for the Reds. 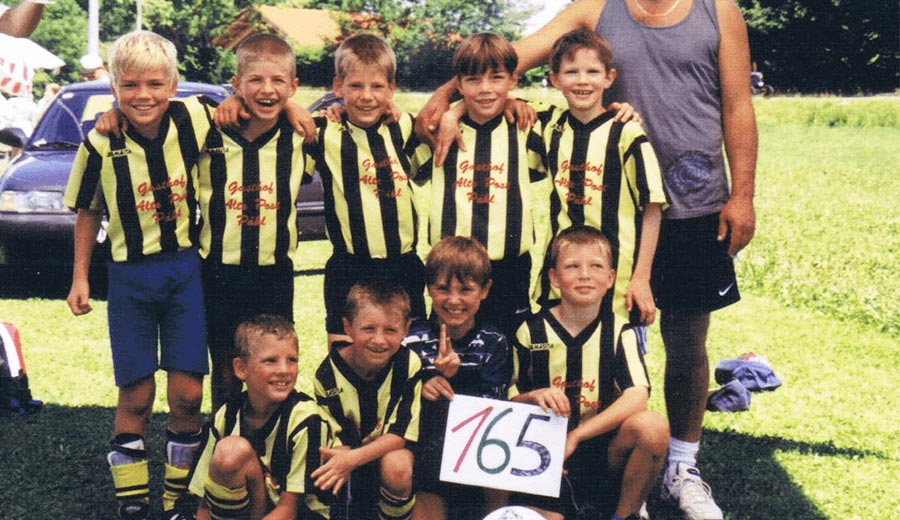 Thomas Müller’s best goal return. His youth team TSV Pähl tallied 165 goals during the season, of which Thomas contributed 120 of those. A difficult feat to repeat. 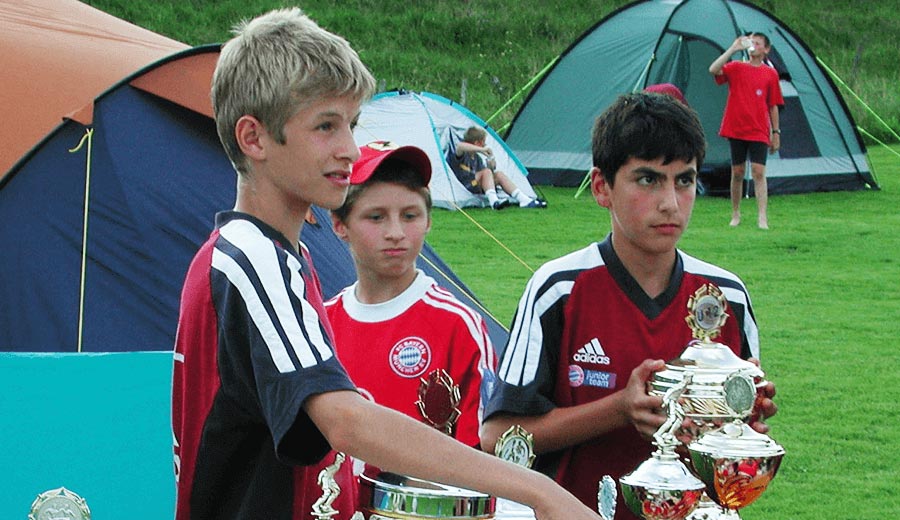 Thomas Müller is already hungry for titles in his youth, here at the season finale with the U15 youth squad. 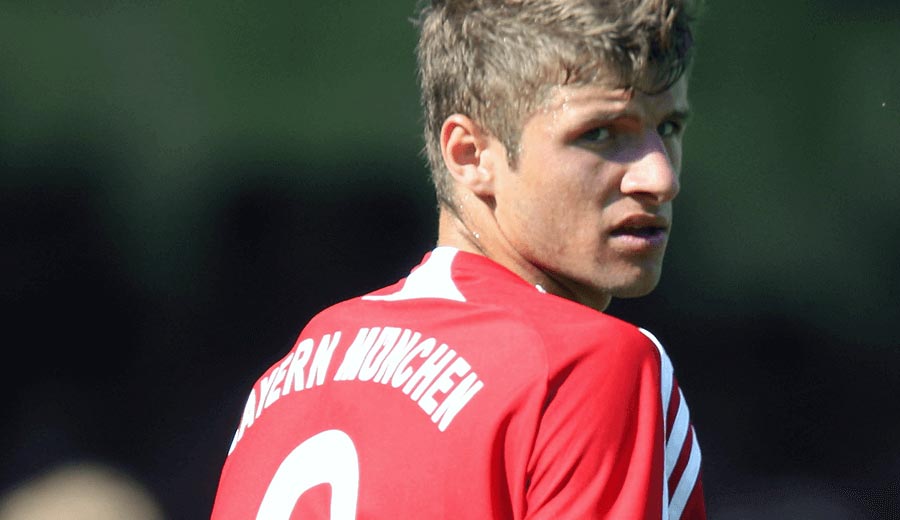 On his first team debut, Thomas Müller scored a hat-trick in the 7-1 pre-season win against Borussia Lippstadt. Jürgen Klinsmann enjoyed his debut as the Head Coach for FC Bayern and Thomas marked his entrance onto the top flight stage. 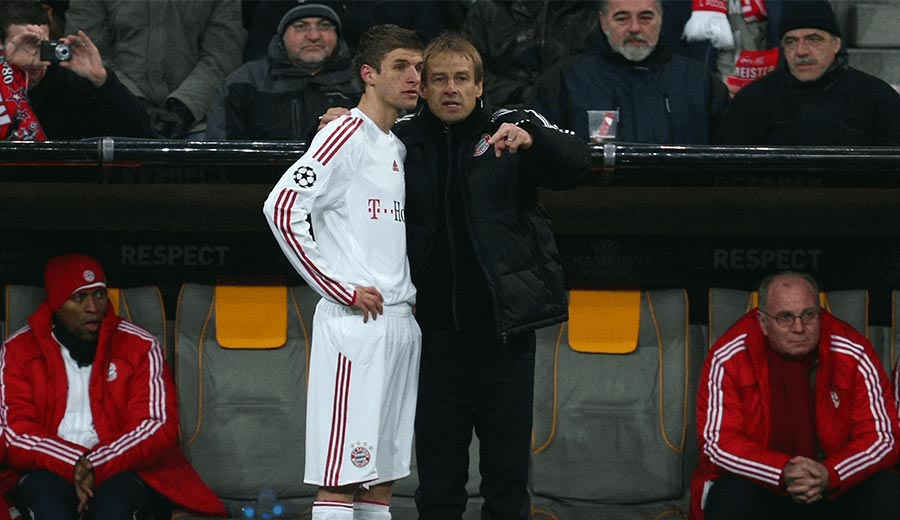 Thomas Müller made his first Champions League appearance as a substitute on March 10, 2009. The forward scored a goal during his 18-minute appearance in the 7-1 victory against Portugal’s Sporting CP at the Allianz Arena. 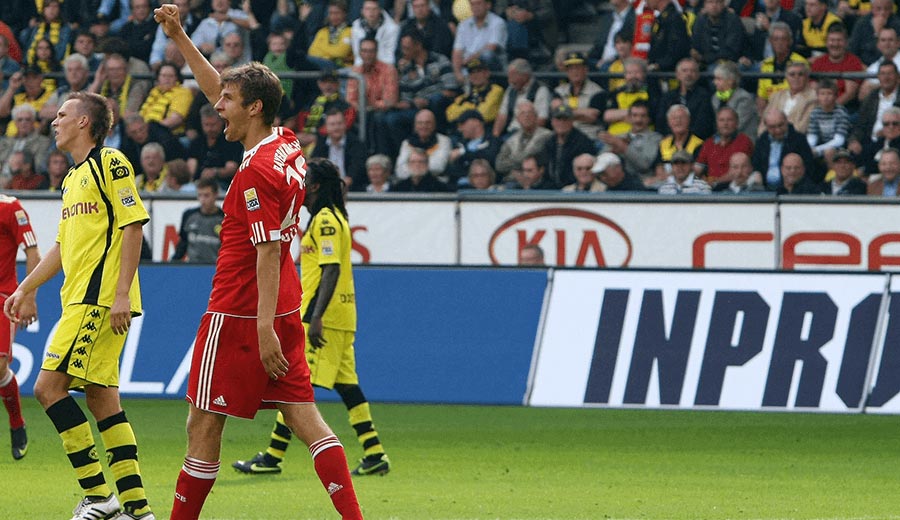 Thomas Müller scored his first Bundesliga goal in Dortmund one day before his 20th birthday. Thomas entered the match at halftime and scored a brace in the 5-1 victory against BVB. In his rookie season in the Bundesliga, Thomas scored 13 goals, delivered 11 assists and appeared in all 34 matches. 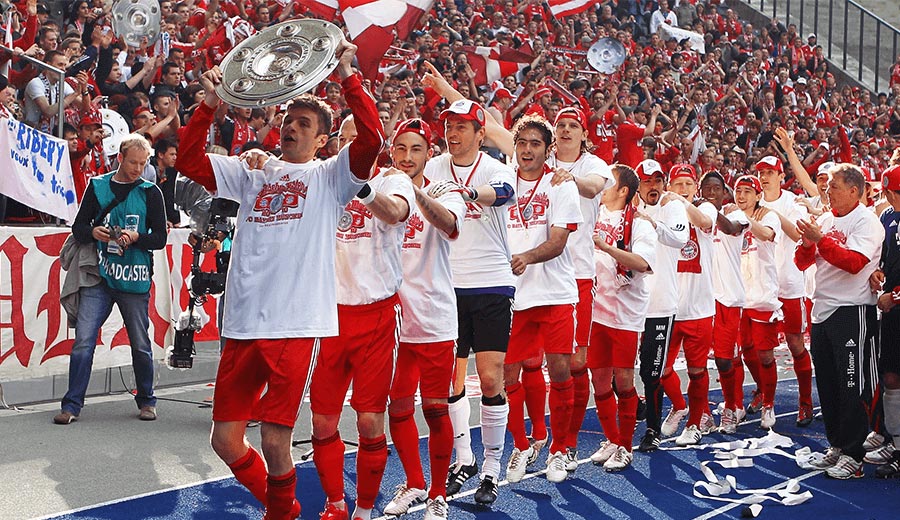 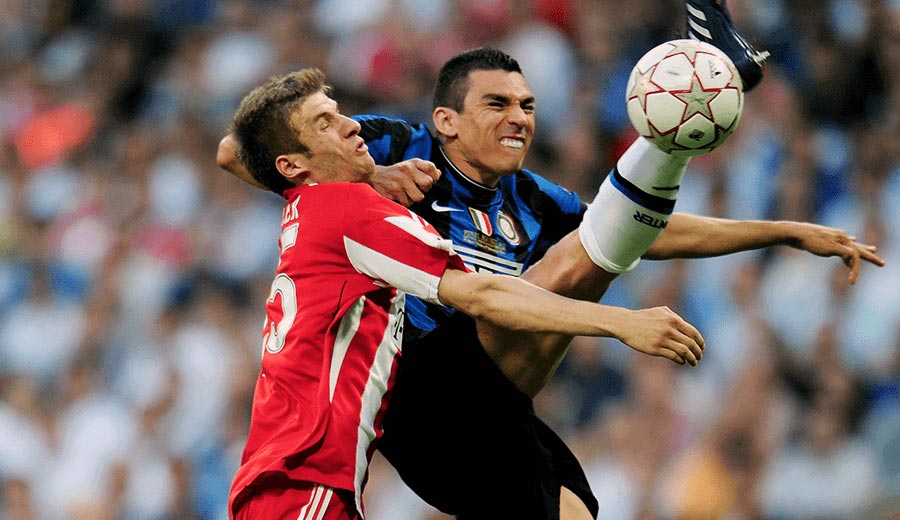 Unfortunately the 2009-10 season was not perfect. FC Bayern München lost 2-0 in the Champions League Final against Inter Milan. Diego Milito scored both goals at the Santiago Bernabéu Stadium in Madrid to stop Munich’s dream of the coveted European treble. 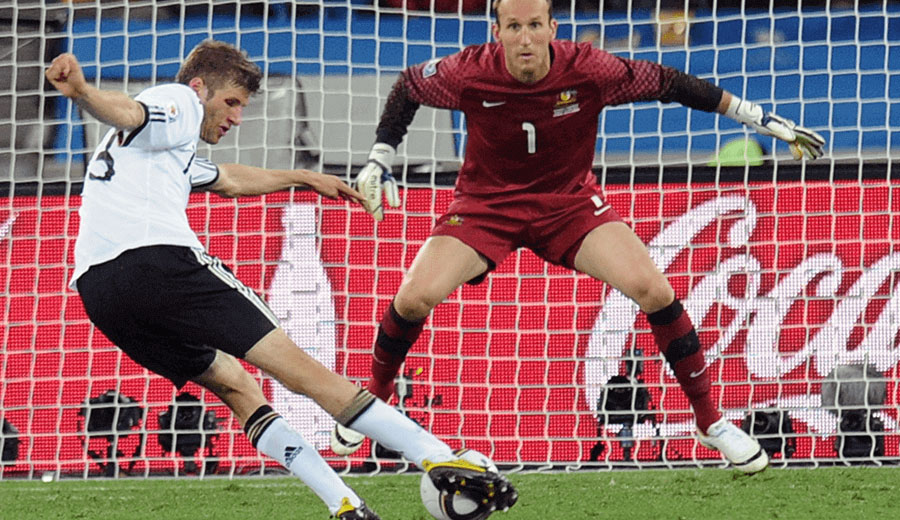 Thomas Müller joined the German World Cup squad for South Africa at the last minute. His first match in the tournament against Australia was his third international cap for Germany. But that did not stop him from scoring his first international goal in the 4-0 win against the Socceroos. By the end of the FIFA World Cup, Thomas had scored five goals, been named “Best Young Player” and won the Golden Boot, as well as finishing third with Germany. 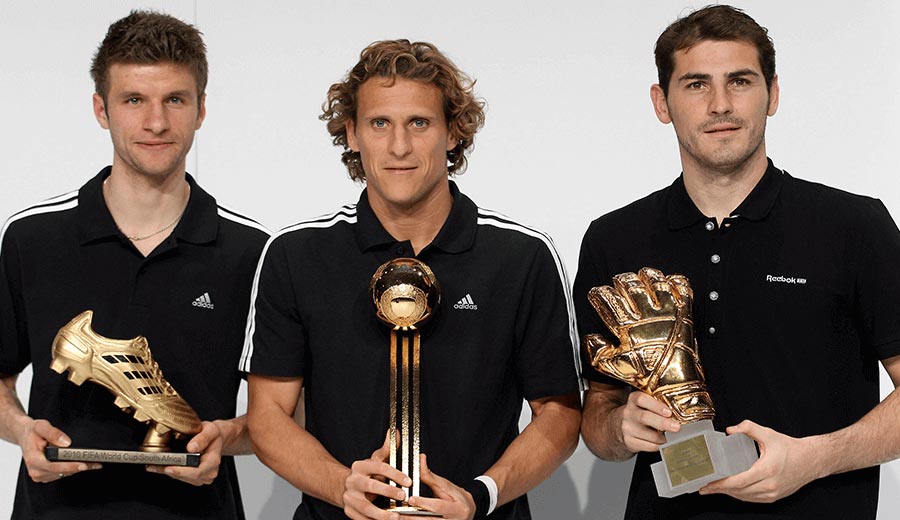 Thomas Müller was awarded the FIFA World Cup Golden Boot at the headquarters of his sponsor partner adidas, after finishing the 2010 tournament as top scorer. At his side were Diego Forlan, with the Golden Ball given to the tournament’s Best Player, and Iker Cassilas, winner of the Golden Glove for Best Goalkeeper. 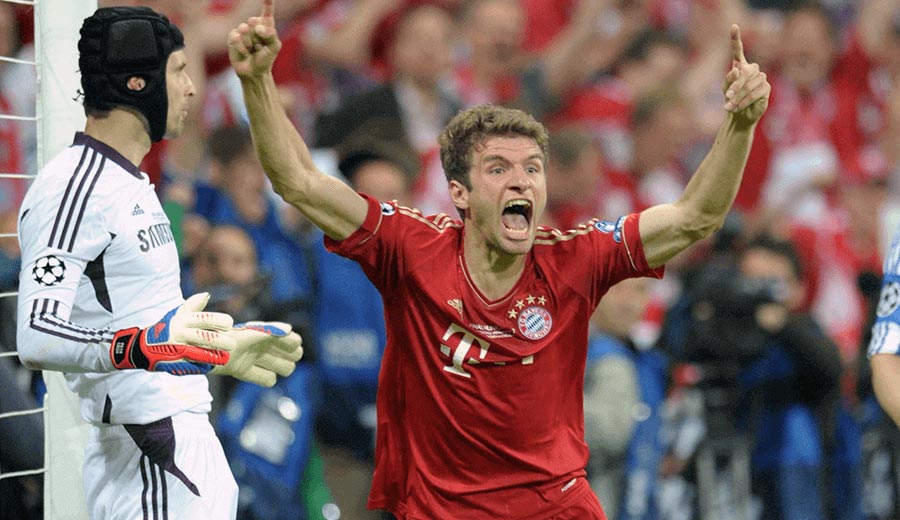 Perhaps the bitterest match of his career to date at FC Bayern München – “Das Finale Dahaom” (The Finale at Home” in Bavarian). Thomas Müller had fired his side 1-0 up in the 83rd minute with an unstoppable header past Chelsea’s Petr Cech. But the dream of a first European medal for Müller quickly died when Didier Drogba leveled with a headed in the 88th minute, before going on to score the winning penalty as FC Bayern lost 4-3 in the shootout. 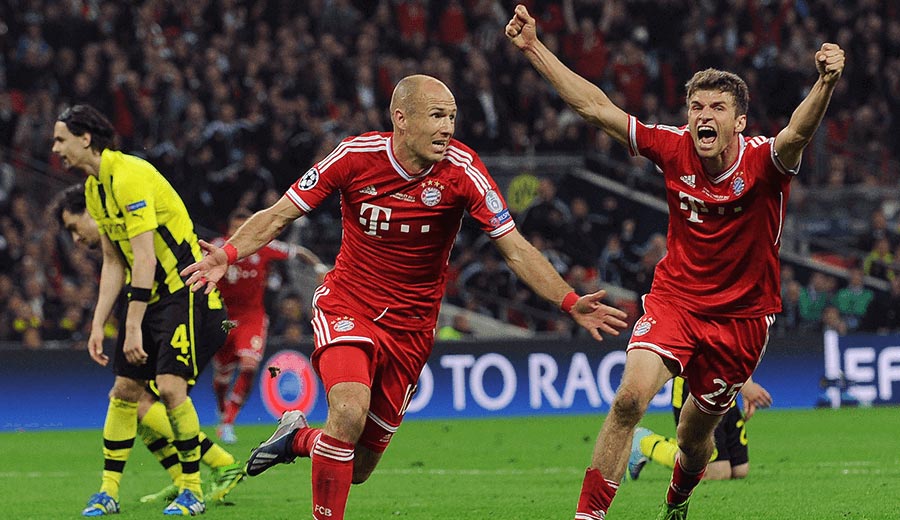 One of the greatest nights in FC Bayern München history – the 2-1 victory over Bundesliga rivals Borussia Dortmund in the Champions League final at Wembley. Arjen Robben was named Man of the Match after scoring the winning goal, as FCB completed the club’s first ever European treble having already won the Bundesliga and DFB Cup. 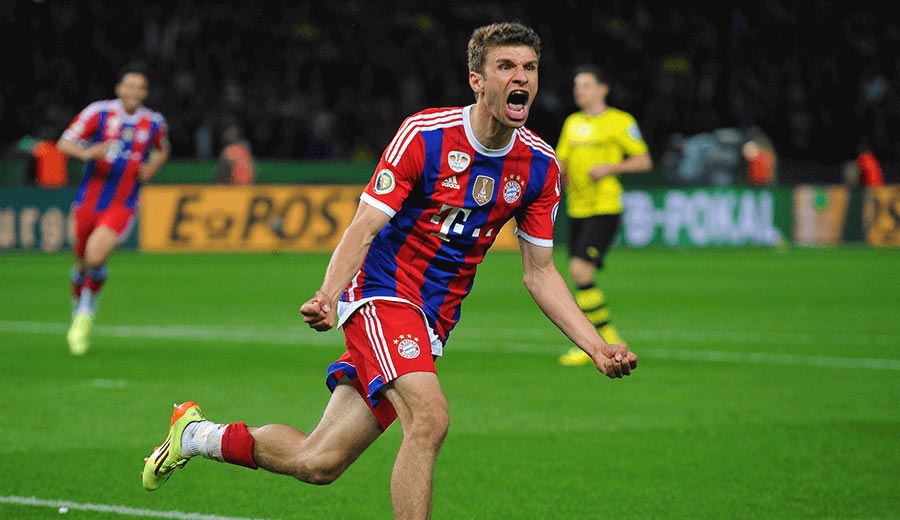 FC Bayern München won the domestic double under new head coach Pep Guardiola. The Bundesliga title was already wrapped up in March, but Bayern needed extra time to beat Borussia Dortmund 2-0 in the DFB Cup final in Berlin. Unfortunately the Reds fell short of reaching a third successive Champions League final, as Real Madrid proved too strong for the defending champions in the semi-finals. 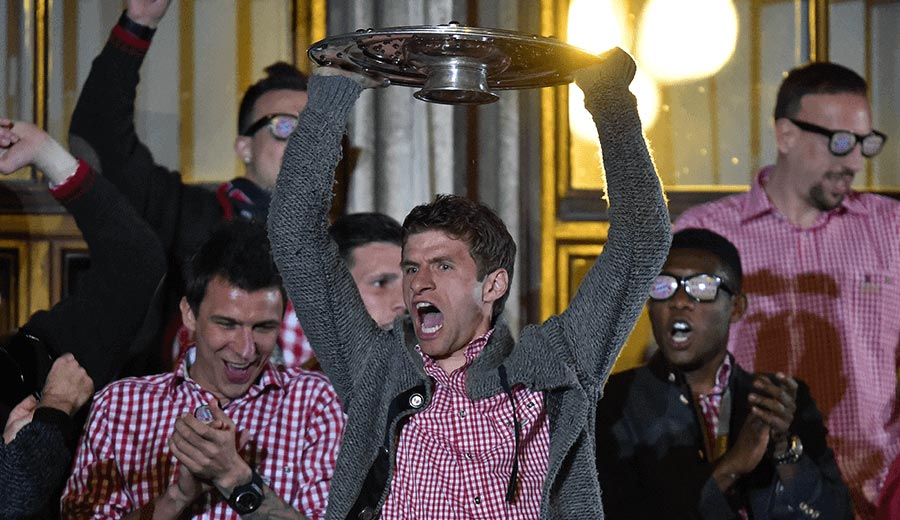 The title celebrations on the Town Hall balcony in Munich were perfect preparation for the 2014 World Cup in Brazil. In the 2013/14 season, Thomas Müller tallied 26 goals and 13 assists. 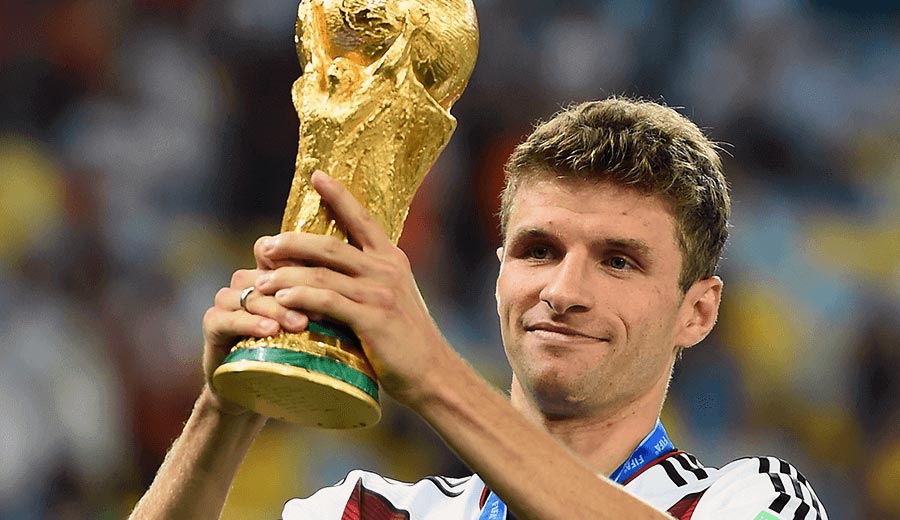 The World Cup in Brazil was a great achievement. After the 1-0 win against France in the quarterfinals and the sensational 7-1 victory against hosts Brazil in the semi-finals,… Mario Götze scored the winner to fire “Die Mannschaft” to their fourth World Cup title. Thomas Müller was awarded the Silver Ball after being voted the tournament’s second best player for scoring five goals. 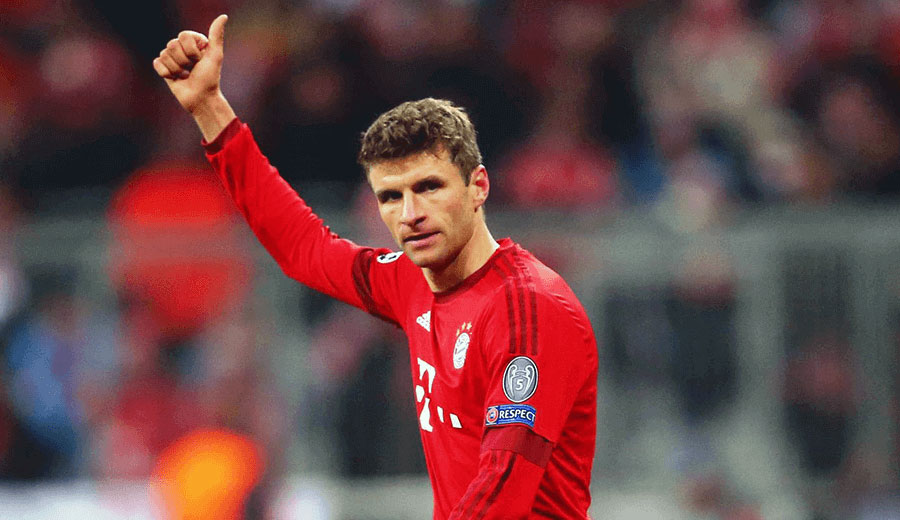 FC Bayern München topped the Bundesliga once again in the 2015/16 season. Thomas Müller had his best season statistically, scoring 20 goals in the league, 8 in the Champions League and 4 in the DFB Pokal. The man from Pähl proved his goalscoring talents across all three competitions. 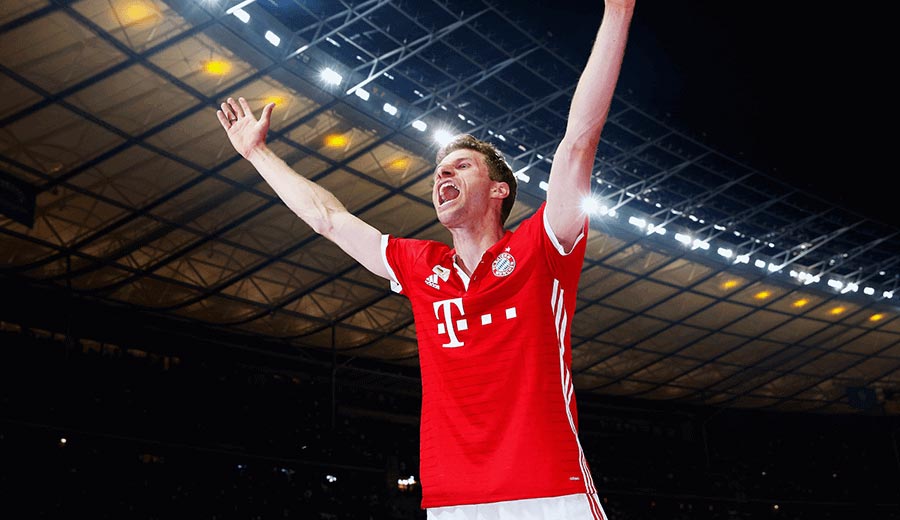 The Guardiola era ends with yet another domestic double for FC Bayern. The Reds overcome Borussia Dortmund again, this time winning 4-3 after a penalty shootout. FC Bayern also became the first team in history to win the Bundesliga title four years in a row. 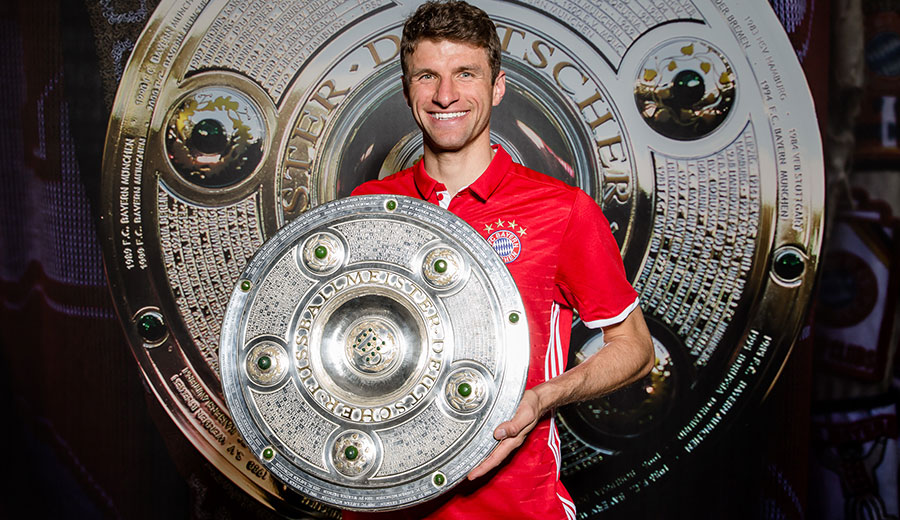 There it is: Bayern is taking the ‘Salad Bowl’ to Munich for the fifth time in a row. The title has been in the bag since matchday 31. The champagne flowed following the 6-0 victory at VfL Wolfsburg with goals from Lewandowski (2), Alaba, Robben, Müller and Kimmich. 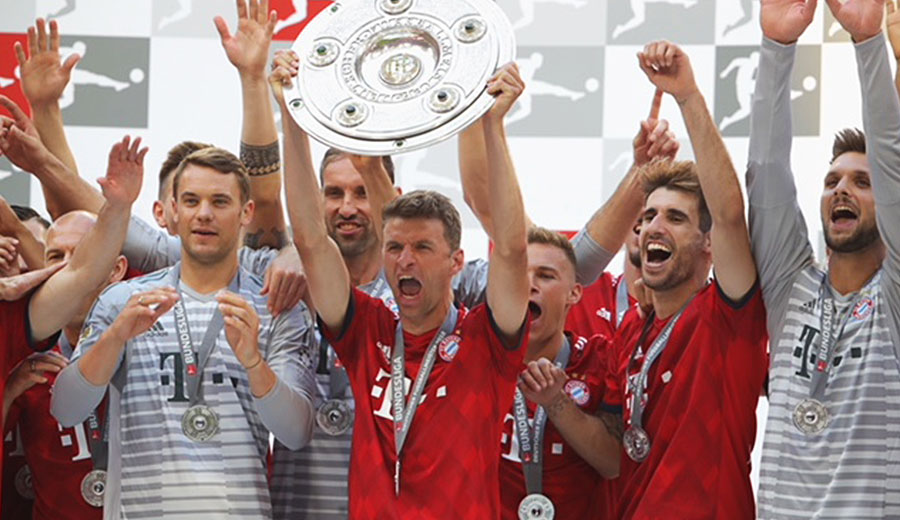 FC Bayern Munich has written history and won the German Bundesliga for the sixth time in a row. A great finish for one of the best and most successful coaches of all time: Jupp Heynckes. The only downside is that the DFB Cup final against Eintracht Frankfurt was lost. 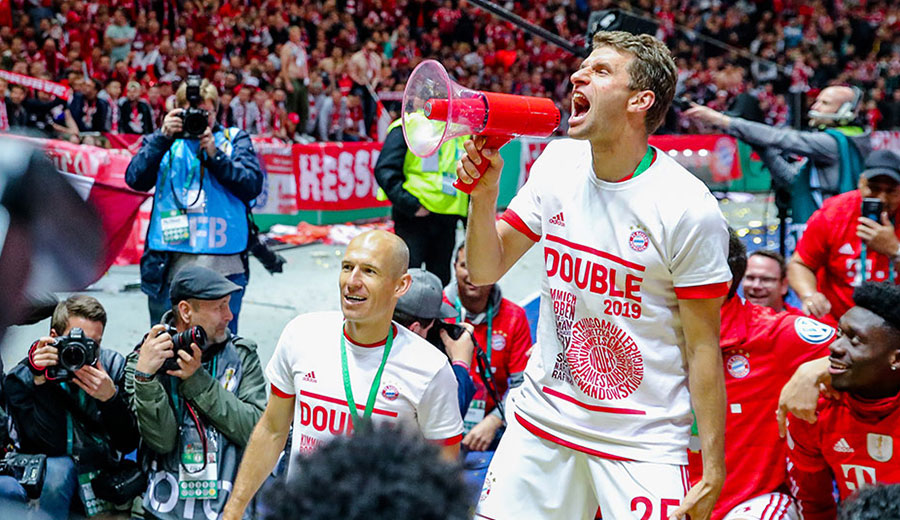 2019 was not easy for Thomas Müller. A disappointing first half of the season 18/19. The unexpected end in the national team in March 2019. So many discussions about his person and his future. But Thomas and his team were coming back. They have played a strong second half of the season and won the double. That was a conciliatory end of the season. 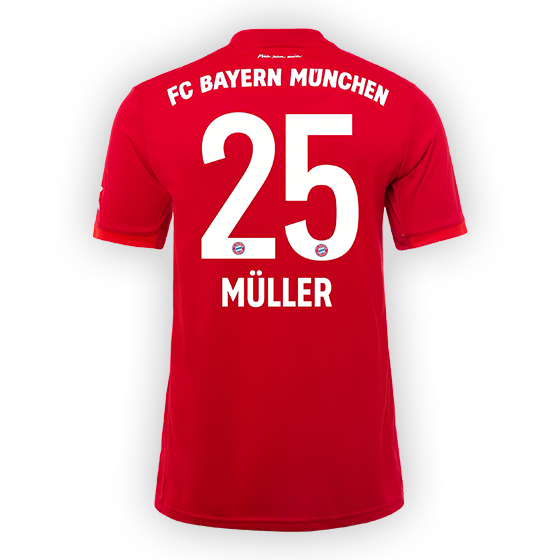 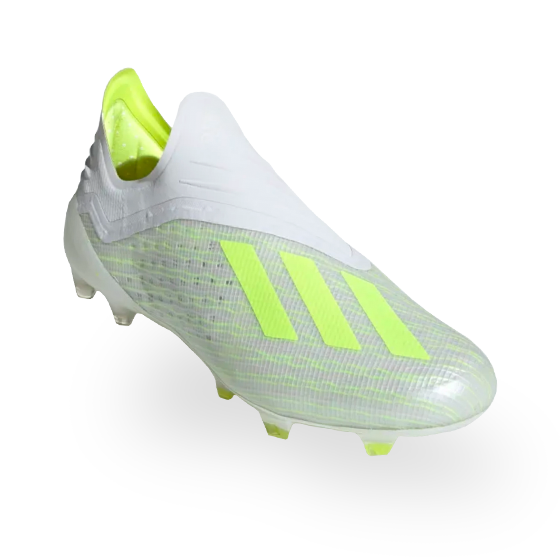 This website retains information in cookies in your browser and uses the Google Analytics web analysis tool.
By using the website, you consent to such retention. More information and withdrawal of consent.